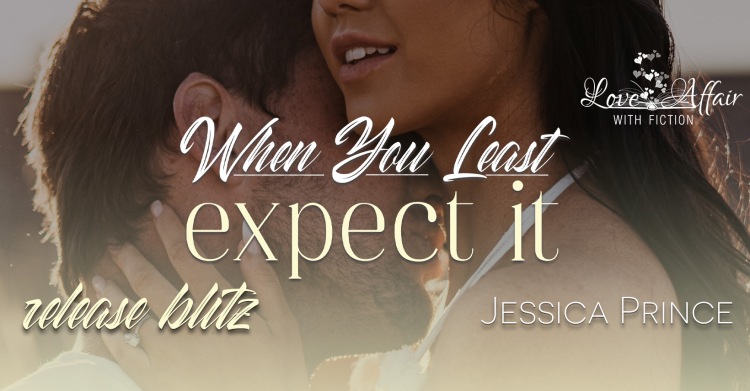 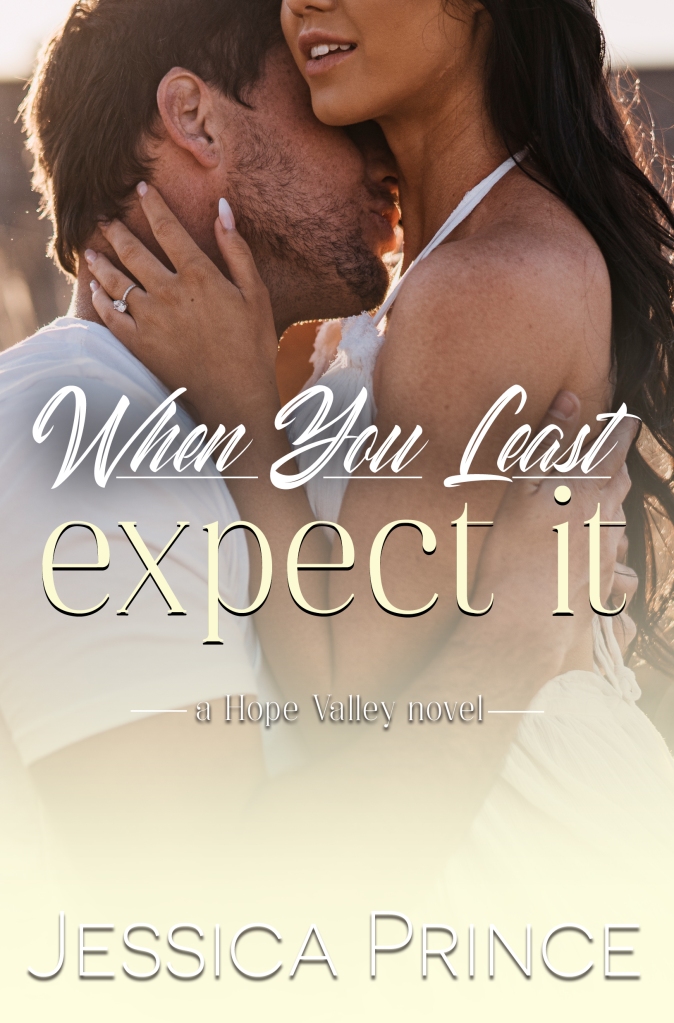 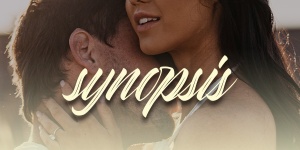 The last thing Stella Ryan had time for was a man. With her family in trouble and looking to her to fix everything, romance and commitment were the furthest things from her mind. Until she ran into a man with a jawline that could cut granite and arms she wanted to lick like an ice cream cone. A man who made her forget the things that really mattered.

West Scott was one of the last bachelors standing. With all his Alpha Omega brothers settling down and popping out a bunch of kids, he had become the target for meddling women looking to fix him up. But there was one woman, in particular, he couldn’t get out of his head. The one in the killer dress with a gift for picking pockets.

When fate puts Stella in his path again, he’s determined to get to the cause of her desperation and help solve all her problems. If only the headstrong, stubborn woman would let him in. She’s trying her hardest to keep her walls up, but he’s dead set on showing her that the best things happen when you least expect it.

Read for FREE with Kindle Unlimited 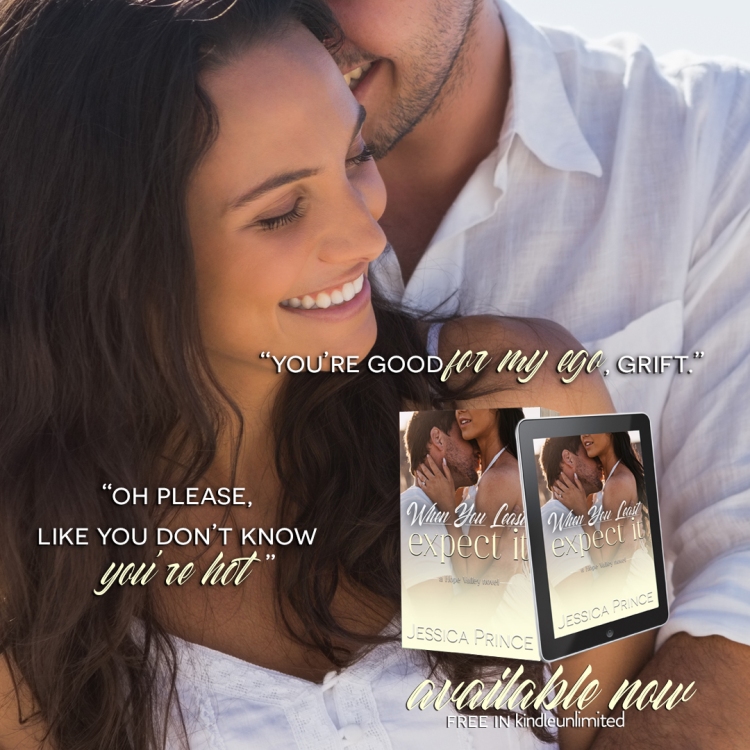 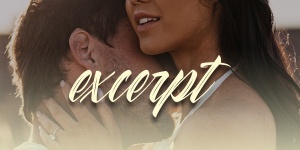 “Tell me you haven’t been thinking about me,” he insisted, bracing his palms on the wall on either side of my head. “Tell me it wasn’t me you were looking for the moment you stepped in here tonight.”

“I was casing the place,” I lied. I hadn’t done that until later. The initial scan I’d made when I entered The Tap Room was all for him.

Damn it! How did he know?

I clenched my teeth and gritted out, “I’m not lying.” If I kept this up, I was going to be struck by lightning.

“All right. Then tell me you wouldn’t want me to kiss you right now.”

God, what a presumptive asshole! So why did it suddenly feel like the heat had been cranked up in the building? “I definitely don’t want you to kiss me right now.” Didn’t I?

Those unique golden eyes glinted with something that looked almost like a dare. “Yeah?”

I tipped my chin back defiantly. “Absolutely.”

He smiled full on then, and I felt a clench low in my belly. “Then why are you leaning into me like you want to fuse our bodies together, grift?”

Why was I what? Oh holy shit! He was right. Without realizing, I’d not only leaned so close the heat was radiating off his skin and warming my own, but I’d also reached up at some point to place my palms on his hard, solid chest. Now that it had been brought to my attention, there was no way to keep from noticing how firm and round his pecs were. The man’s chest felt like it had been carved from marble, and I was dying to know what he looked like without that heather gray Henley on. I wondered if the rest of him would live up to what his chest felt like, and my lady parts were telling me it absolutely would.

Before I did something incredibly stupid, like drag the tips of my fingers down over his rippled abs so I could count how many were there, I dropped my arms and side-stepped his massive frame.

Once again, because of this man, I was leaving without everything my family needed from me. I couldn’t help but feel like a failure, and that morphed into an overwhelming feeling of desperation that fueled my anger. “Kiss me. I dare you,” I threatened. “Give me a reason to plant my knee in your balls.”

His eyes scanned my face then. “I don’t know what I like better. When you’re spouting ridiculous things, or when you’re all worked up and mad like this.”

I had to get out of here. It was still relatively early; I could find another bar and work that one so this whole night wasn’t a complete bust, but to do that, I had to escape West’s thrall.

“Too bad for you, you aren’t going to see either of them ever again.” Hitching my purse higher, I gave him a snide look and finished with, “Hope to never see you around, Weston.” Then I turned and started for the exit I’d spotted at the end of the hall, silently praying it would lead me right out into the parking lot.

The heavy metal door closed on his voice calling out, “It’s West. And something tells me this isn’t the last time we cross paths.” 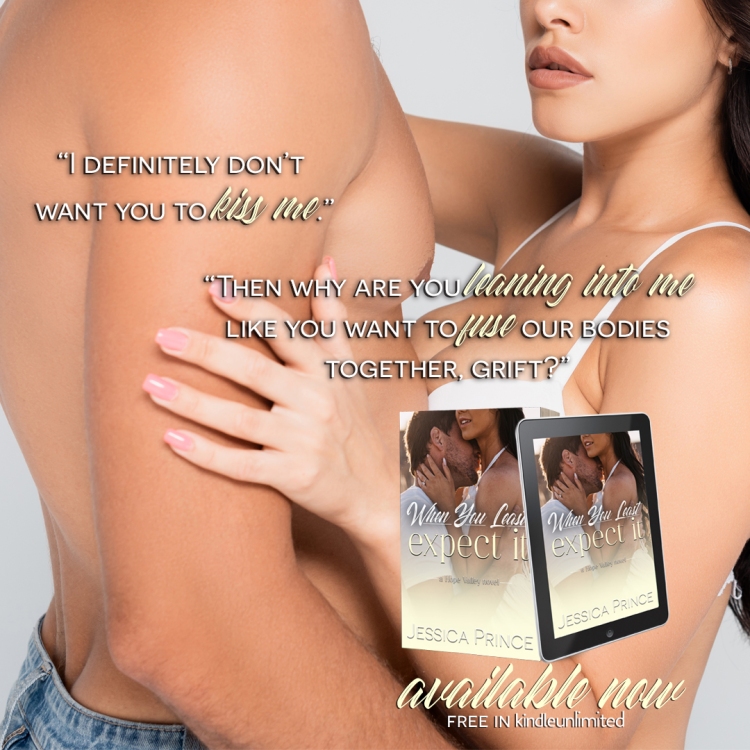 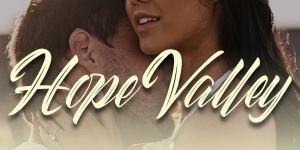 Read for FREE with Kindle Unlimited

Out of My League
Amazon US | Amazon Universal

The Best of Me
Amazon US | Amazon Universal

Wrong Side of the Tracks
Amazon US | Amazon Worldwide

Stay With Me
Amazon US | Amazon Worldwide

Out of the Darkness
Amazon US | Amazon Worldwide

The Second Time Around
Amazon US | Amazon Worldwide

Love to Hate You
Amazon US | Amazon Worldwide

When You Least Expect It
Amazon US | Amazon Worldwide 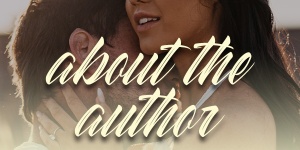 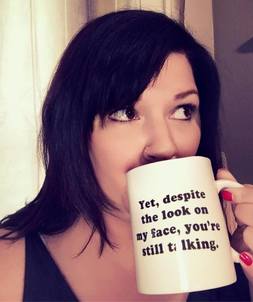