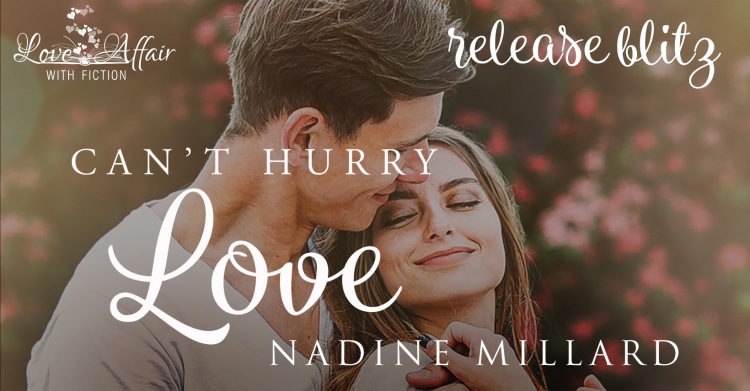 Beth Carroway’s friends would describe her as a hopeless romantic. She prefers to think of herself as a hopeful one.
After all, if happily ever after can happen in the movies, there’s no reason why it shouldn’t happen in real life.
And just when she thinks there are no candidates for Prince Charming in her small town, she bumps into Dr. Josh Larson, a blonde-haired, blue-eyed Adonis who ticks every box she can think of.
But after one magical night together it seems like the doctor might not be her path to a happy ending. Unless of course Prince Charming in the fairy tales also doesn’t bother to call when he says he will…

Josh didn’t know what to expect when he took a job as a small-town doctor. An escape from his high-flying career, sure. A distraction from the implosion of his entire life, absolutely.
But a beautiful baker with a smart mouth? That he didn’t see coming.
His fear of getting hurt again, of getting close to someone only to have it all blow up in his face is enough to keep him from Beth, but the longer he spends around her, the more tempting she is.

Beth doesn’t have the patience to wait for her happy ending. So she’s just going to have to make it happen. And what better way to do that than a matchmaking event?
If Josh can’t give her what she wants, then someone else will just have to do.
And the sooner she finds him, the sooner she can stop thinking about the handsome doctor.
Maybe she can’t hurry love. But hey – a girl’s gotta try.

Read for FREE with Kindle Unlimited
Amazon US | Amazon Worldwide

“Yeah, he came home with from school Friday with an earache, so I took him to get checked out. Dr. Larson is so good with him. Teddy thinks he looks like Thor, so he’s always happy to see a superhero doctor.”

Beth felt her heart skitter listening to Tara talk about Josh with Teddy. And she tended to agree with the kid with the whole Thor reference.

Her other friends were smiling at her too, while Tara frowned.

“Why do I feel like I’m missing something?” she asked, her brown eyes narrowed in confusion.

“You’re not missing anything,” Brooke said casually. “We were just about to find out all about Thor’s hammer from Beth.”

Beth’s shocked gasp was drowned out by the burst of giggles from her so-called friends.

Tara’s eyes widened before she laughed along with the others. “You know, Teddy is with Mrs. Beech and I know your grandma loves to spoil him, Zoe,” Tara said with a grin, “so I’ve got time to kill.”

Beth groaned and dropped her head into her hands, knowing that her cheeks would be on fire. So much for waiting to see where things stood with Josh before making a big deal of it. She looked up into the expectant faces of her friends.

Well, here goes nothing, she thought.

After crossing the street, Josh got to Beth’s, opened the door — and froze as six sets of eyes flew around to watch him. Feeling like he’d walked into something, Josh hesitated before smiling a little self-consciously.

The collar of his light blue shirt was open, but it still felt like it was strangling him under the weight of the eyes fixed on him. Rather than worry about it, he focused on the face he was here to see. Beth looked happy to see him, but a little uneasy, and he found himself wondering what the hell they’d been talking about before his entrance had stopped all conversation.

“Is this a bad time?” he finally asked.

“No!” Beth jumped up from the stool then winced as her foot hit the floor.

“I told you to stay off that foot,” he said in doctor-mode, walking around to the back of the counter without invitation, but when he met her eyes and saw the flash of heat in them, he knew she was remembering last night… and this morning… yesterday afternoon, too, he thought with a smug smile, and he felt a lot less like her doctor and a lot more like the man who’d enjoyed keeping her off it.

“I have been staying off it,” she insisted as he lifted her and sat her back down. He knew he was being a bit of a caveman, but hell, he’d take any opportunity to touch her.

“I was hoping to catch you when you weren’t busy,” he said quietly, painfully aware of the eyes boring into his back.

“Let me guess. You want your brownie?” She smiled.

“No, I want you,” he whispered for her ears only “But I’ll take the brownie since we have an audience.”

He loved making her blush, loved the hitch he heard in her breathing. Straightening up before he did what he wanted to, audience be damned, Josh turned to smile politely at his avid onlookers.

“Tara, how’s Teddy doing?” he asked, coming back around the counter and sitting at a safe distance from the gang of women.

“Oh, he’s doing ok. Thanks, Dr. Larson. I was just picking him up some cookies. And I’d better get back to him.”

Tara’s exit seemed to move the others into action. They moved toward the exit, Zoe and Jenna backing away toward the bookstore.

“Hey Beth, let us know how it goes with that hammer,” Brooke called breezily as she swept out into the afternoon sun.

Josh frowned in confusion and turned to see Beth glare at her friend.

“You doing some DIY?” he asked.

Apparently, he’d said something funny because she giggled as she reached out and grabbed a tray of brownies.

He knew he was missing something, but instinct told him he was better off not knowing. 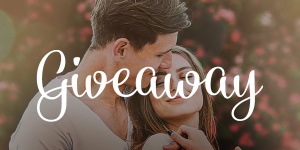 Nadine Millard is a historical and contemporary romance writer from Dublin, Ireland. When she’s not writing, she’s reading everything she can get her hands on, shamelessly watching Reality TV, spending time with her husband and three children, or running around after her very spoilt dog and cat! Nadine loves to hear from readers!