Heartbreak and desperation; that’s what drove me.
Then I met them… and suddenly I have a decision to make. 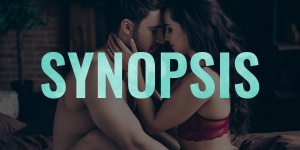 What’s a girl to do when she has two gorgeous men after her heart?

Kissing them both sounds like a bad idea. Under normal circumstances, it would be. But when you’re part of a reality TV show, you do things you never would otherwise. Because in order to win the game, you find a way to stay for as long as possible.

Jace and Lennon are my ticket to the finals.

One of them might even be my second chance at love.

The problem is the more time I spend with them, the more I’m starting to develop feelings. For both of them.

I can only choose one.

But which one is the right choice?

They’ve made their intentions clear and it’s time to decide… before someone is sent home. “Let’s swim,” Lennon says in lieu of a greeting.

“It’s too damn hot to even be outside,” I groan.

“Yes, but the water is perfect and Jace is mixing drinks,” he counters quickly.

My eyes fall to Jace, and he’s sporting a wicked grin. One that says he’d rather stay inside and play with me, but that would make things a little obvious to the additional company we currently have.

“Fine but don’t mix my drinks too strong.” When I point my finger at Jace, he only smiles bigger and tosses me a wink. “If Lennon’s dinner is burned tonight, it’ll be all your fault.”

Lennon and Jace chuckle at me as I step aside and let them in. Ten minutes later my hair has been pulled into a tight knot on the top of my head and I’m wearing the tiniest swimsuit I own. It’s bright yellow and compliments my bronzing skin. Not that either of them is aware of that fact. I pulled a black coverup on over it to keep it concealed until we go to the pool.

And who’s at the pool when we arrive? Everyone.

Drake and Milo are floating around on pink flamingo rafts. Teegan, Courtney, and Bella are lounging off to the side, sunglasses in place, but I can feel their stare as we pass them, taking the loungers on the far side of Bella.

“Who wants an ice-cold drink?” Jace calls out, and everyone raises their hand. “Grape, Raspberry, Cherry, or Watermelon?”

As he takes drink orders, I take a seat on the edge of the pool and dip my feet in.

Lennon wasn’t lying. The water feels perfect. Not too cold but still refreshing.

“You gonna get in or just sit there and bake in that black dress thing?” Drake asks as he floats closer.

“I’ll get in, but I wanna get used to the water first.”

“Just jump,” Milo calls, paddling his raft over to where we are. “I’ve never understood why people take their time getting in. Once you’re in, it doesn’t feel as cold.”

He has a point. As soon as your entire body is in the water, you acclimate faster. But it’s the initial shock of getting in that I hate.

Pushing off the side, I pull the dress over my head, and there’s an immediate crash to my left. Once I toss the coverup on the lounger behind me, I look to where Jace is standing. At his feet is a puddle of blue liquid and shards of glass. He’s staring at me with lust in his eyes, and my body begins to heat from his gaze. So I do the only thing I can to cool myself off. I dive into the pool. 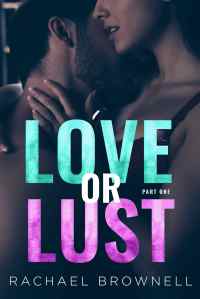 This could be my second chance at love, or they could be acting for the cameras.
And If I don’t choose right, I could leave even more broken than I arrived.

What’s a girl to do when she has two gorgeous men after her heart?
They’ve made their intentions clear and it’s time to decide… before someone is sent home.

Lennon and Jace are both still after my heart.
The final prize.
Love.

Enter to win an audiobook of Love or Lust