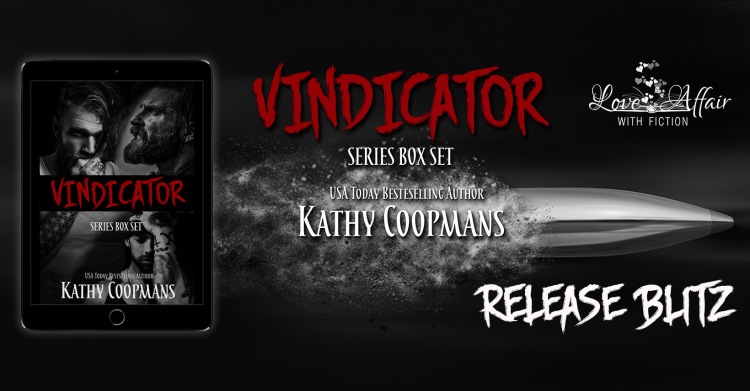 The VINDICATOR Box Set is on sale for just $3.99 for release.
After release week the price will be going up to $8.99. 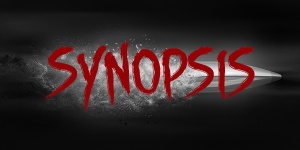 I often wondered if Vengeance came with a price. I never cared, not after the torture I’ve endured.
For me, Vengeance is best served through the eyes of my scope. The twitch of my finger. The pull of a trigger.
The death of someone who deserves to die.
Revenge, retribution, and retaliation are all that comes to mind.
Cruel and brutal punishment for the hell inflicted on my family is all I’ve ever been able to think about.
The betrayal fresh in mind years later, reminding me of the day my world came crashing down.
I lost everything.
The woman I loved.
My sister.
My parents.
Myself.
You know what else I say about Vengeance?
It’s best served frozen.
No side dish of compassion. No extra helping of warning.
No dessert called a second chance.
The price I want for it.
Is written in blood.
Author Note- This book does contain triggers. It’s noted here as well as the beginning of the book.

Every wrongdoing warrants a consequence. In my case, I’ve decided to settle the score with death.
Especially when, what brought this on, what stirred up my crazy, was the vicious attack on an innocent young girl.
Worse, one that ended in her death.
Years, I’ve been plotting to take out the men I used to call my brothers.
The men who double-crossed me by brutally murdering my sister.
I want revenge. I need it. Crave it. It’s in my blood.
I planned to stop at nothing. No matter, if I conflicted pain on another woman.
After all, it was her brother who killed my sister. I figured, why not make him suffer the same way I have.
One tiny glimpse of her changes everything.
Or does it?
Maybe, just maybe, the little siren I wanted to harm is going to single-handedly slaughter me instead.
Lies. Deceit.
Manipulation.
Gotta love a tangled web of warranted deception.
* Author note. This book does contain triggers. Please be advised.
A warranted HEA guaranteed.

As far back as I can remember, I pushed away those ugly demons looping their venom around my brain.
Trying to turn me into a man I never wanted to be.
“Do what we say or die.”
Words filled with poison, they slowly dripped in my veins, leaving me a mess of a man, and walking that thin line between
right and wrong.
I never wanted to be a killer; now it’s a craving I need to survive.
The man I used to be never wanted to cause anyone an ounce of unbearable pain, because I know first-hand what it feels
like.
That choking in your throat, barely able to breathe heartbreak of those who died, left behind.
The men I’m killing, they left me no choice but to walk a line chalked with retaliation.
To leave the woman I love behind.
I didn’t take a life like they claim to cause her pain. I sacrificed a lifetime with her to keep her alive.
But, after fourteen years of her living that lie, I’m crossing another line.
One I was warned to never step over.
“Stay away from her, or she dies.”
*Author Note- This book may spark triggers.

The VINDICATOR Box Set is on sale for just $3.99 for release.
After release week the price will be going up to $8.99. 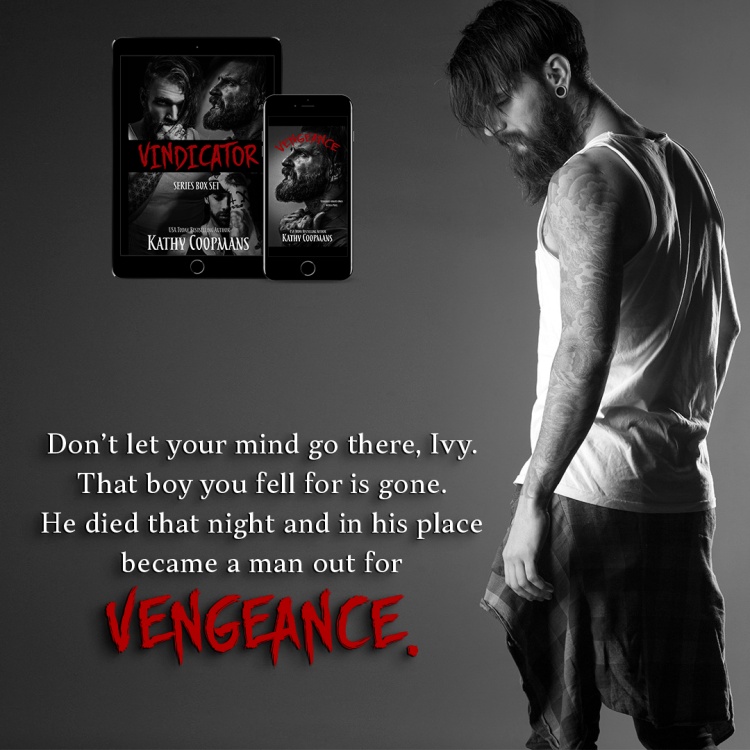 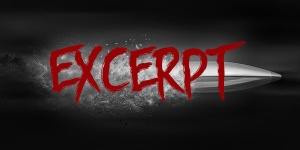 Loud voices shouted from downstairs as I pulled my earbuds out and jumped out of bed. Terror swelled in my head.

I heard my mother’s tortured screaming. My father crying out in an unhinged voice pierced with pain. Both repeating one question. Why?

Before I could bring my tired mind to comprehend what the hell was going on, two gunshots went off from downstairs; they swirled around the confusion with the sudden flames and smoke that began ripping and roaring through the floorboards of my bedroom.

Everything went silent except the unimaginable rushing thoughts in my head, the pounding of my heart and the crackling sound of fire as it licked and twisted itself into my room. Thick black clouds choked the air as I shoved open my window to catch my breath.

Panic twined around my legs. Death whirled within my twitchy finger‘s reach.

I needed to get to my sister and brother whose rooms were across the hall. Except, the dirty fuckers who set the house on fire didn’t leave me a choice. I had just swung in the direction of my door when it blew off its hinges nearly knocking me on my ass from the combustion as pieces of incinerated wood sailed through the air.

I ducked, but I couldn’t avoid the bits and pieces of burned wood that pelted and stung my skin.

“Move Cade. Save your family.” I wasn’t giving up. I was shocked. Confused and scared. I had to get to them. Save them all even if I died doing it.

I took a step and the floor shifted underneath my feet.

With a scream so loud it should have woken the dead, and with the guilt of leaving them behind, I did the only thing I could do. I flung my body out my window, skimmed down the trellis and hid in the shadows. Body shaking, hot salty tears burning behind my lids.

I couldn’t move to see if any of them made it out alive. I watched it burn as choking clouds of toxic smoke pilfered through the chimney, crackling flames torching the roof. The smell of gasoline so fierce it burned my nose. An out of control inferno. Ash floating to the ground like flakes of snow while I sat there wondering who in the hell would do this.

Gripping handfuls of my hair did nothing to dull the ache in my chest as my gaze traveled to my neighbors standing on the sidewalk across the street. My eyes scanning for my family. None of them were there.

I searched the crowd, body shaking, mind not quite catching on to what was happening and there in the middle of everyone stood my girl all wrapped up in her father’s arms. I started to stand, to let them know I was alive when I heard my older brother Drew and a few of his friends whispering just a few feet away from me.

My heart leaped knowing he was alive. I started to move toward them when something was said that rooted me in my spot.

I heard Drew ask which one of his friends had my dad’s life insurance policy.

I squatted, crawled through the grass like a snake ready to strike, shaking my head to clear the misunderstanding I surely thought I heard.

The closer I snuck, the more bile rose in my throat. “We need to get the hell out of here,” one of them said.

“Give me the policy and two minutes to watch them burn,” my brother demanded with laughter trailing those words that will forever haunt me.

“Fairly certain they’re all dead, man. You shot your parents in the head. These two pussies watched for your brother’s bitch to sneak over. I took care of your sister real fucking good before I choked the life out of her, and there isn’t a chance in hell Cade made it out of his room. You made certain of that.”

Want to bet, you rotten piece of shit.

I didn’t hear a goddamn thing wrong. My brother and his friends killed our parents and little sister. The way they laughed about certain things they had done before executing their well-thought-out-plan made numbness take over my brain.

I pressed a hand against my heart while vowing to the Gods of Vengeance I was going to get mine. I’d strike when they least expected.

Watching your family go up in flames, wanting to put a bullet through your own brother’s head, the guilt of not being able to help save them did all kinds of fucked up shit to my mind.

It tempered inside until the silent vow of putting them in the ground defeated my every thought. Knew I had to go rogue.

I left leaving my brother to believe I had died. Left my girlfriend Ivy McCarthy who I loved more than anything behind.

For ten years, vengeance has shaded my soul from gray to black. It’s feasted throughout my entire system, shutting down my state of mind, and becoming the focal point of my existence.

Once I started to plan their deaths, the imagined ways and inhuman actions on how I wanted to kill them ticked at my jaw and dripped like poison through my veins.

More times than I could count while I pulled the trigger and put a bullet through hundreds of enemies’ heads, my mind would tip in the other direction, and that loose wire would trip up in my brain.

The one that gives a vivid image of happy memories, what ifs, and what could have been.

And goddamnit all to hell when I thought about them, wishing they were here, wondering what kind of woman my sister Rachel would have turned out to be if it didn’t leave me wondering if my soul would still be painted black, would I still want to pull the trigger and blow my brother’s fucking face off.

Then again, I remembered who I’d become, and why I’d spent years hiding in the shadows, and vengeance once again became a deadly virus in my mind. 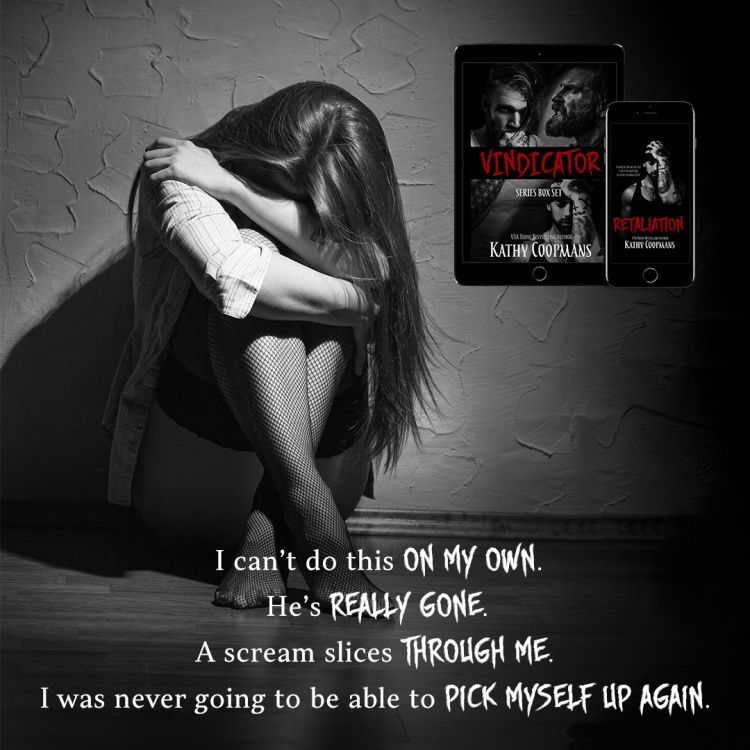 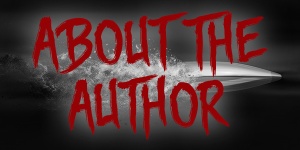 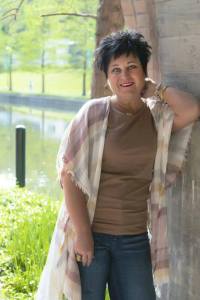 USA Today Best Selling Author Kathy Coopmans is a Michigan native where she lives with her husband, Tony. They have two son’s Aaron and Shane.

She is a sports nut. Her favorite sports include NASCAR, Baseball, and Football.
She has recently retired from her day job to become a full-time writer.

She has always been an avid reader and at the young age of 50 decided she wanted to write. She claims she can do several things at once and still stay on task. Her favorite quote is “I got this.” 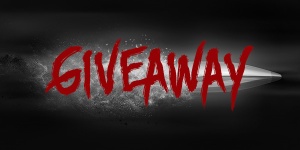