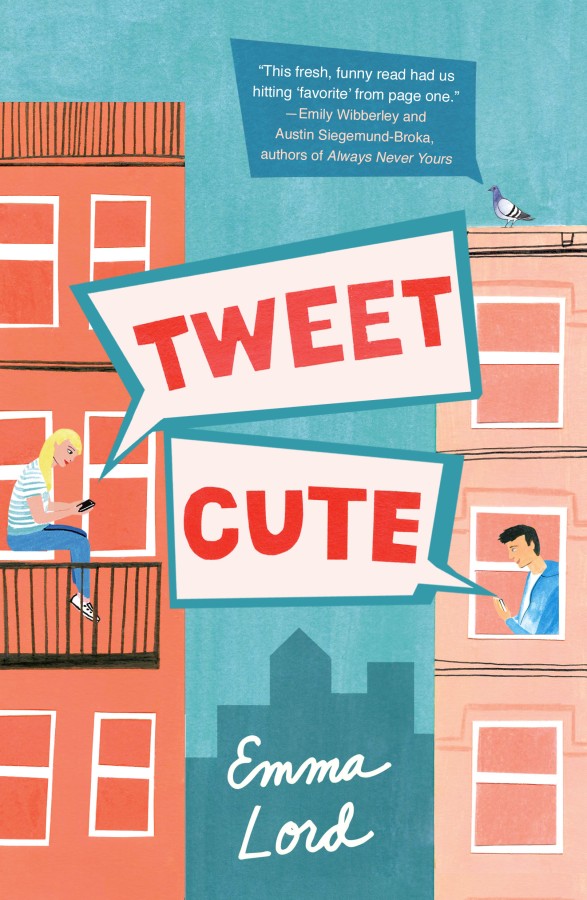 “Tweet Cute delivers in every possible way: a perfect enemies-to-lovers romance, a whip-smart plotline, and endearingly real characters. I devoured it.” – Francesca Zappia, author of Eliza and Her Monsters

“Sweet and fun! An adorable debut that updates a classic romantic trope with a buzzy twist.” – Jenn Bennett, author of Alex, Approximately and Serious Moonlight

“A witty rom-com reinvention for the Twitter age, Tweet Cute pairs delicious online rivalry with deeply relatable insights on family pressure and growing up. This fresh, funny read had us hitting ‘favorite’ from page one.” – Emily Wibberley and Austin Siegemund-Broka, authors of Always Never Yours and If I’m Being Honest 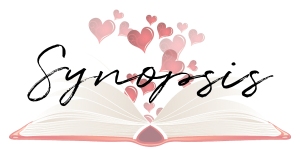 Enter Jack, class clown and constant thorn in Pepper’s side. When he isn’t trying to duck out of his obscenely popular twin’s shadow, he’s busy working in his family’s deli. His relationship with the business that holds his future might be love/hate, but when Big League Burger steals his grandma’s iconic grilled cheese recipe, he’ll do whatever it takes to take them down, one tweet at a time.

All’s fair in love and cheese — that is, until Pepper and Jack’s spat turns into a viral Twitter war. Little do they know, while they’re publicly duking it out with snarky memes and retweet battles, they’re also falling for each other in real life — on an anonymous chat app Jack built.

As their relationship deepens and their online shenanigans escalate — people on the internet are shipping them?? — their battle gets more and more personal, until even these two rivals can’t ignore they were destined for the most unexpected, awkward, all-the-feels romance that neither of them expected. 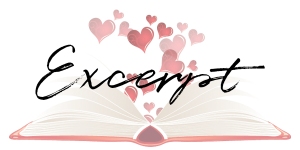 “Look.” I glance into the classroom, where Ethan is thoroughly distracted by Stephen and no longer keeping an eye on us. “I may have . . . overreacted.”

Pepper shakes her head. “I told you. I get it. It’s your family.”

“Yeah. But it’s also—well, to be honest, this has been kind of good for business.”

Pepper’s brow furrows, that one little crease returning. “What, the tweets?”

“Yeah.” I scratch the back of my neck, sheepish. “Actually, we had a line out the door yesterday. It was kind of intense.”

The tone of my voice is clearly not matching up with the words I’m saying, but if I’m being honest, I’m still wary of this whole overnight business boom. And if I’m being honest, I’m even more wary of Pepper. If this really is as much of a family business as she claims it is—to the point where she’s helping run the Twitter handle, when even I know enough about corporate Twitter accounts to know entire teams of experienced people get paid to do that—then she might have had more of a hand in this whole recipe theft thing than she’s letting on.

The fact of the matter is, I can’t trust her. To the point of not knowing whether I can even trust her knowing how our business is doing, or just how badly we need it.

“Yeah, um, I guess.” I try to make it sound noncommittal. My acting skills, much like my breakfast-packing skills, leave much to be desired.

Pepper presses her lips into a thin line, a question in her eyes.

“So you’re saying—you don’t not want me to keep this up?”

“The way I see it, you don’t have to make your mom mad, and we get a few more customers in the door too.”

I answer by opening the container she handed me. The smell that immediately wafts out of it should honestly be illegal; it stops kids I’ve never even spoken to in their tracks.

“Are you a witch?” I ask, reaching in and taking a bite of one. It’s like Monster Cake, the Sequel—freaking Christmas in my mouth. I already want more before I’ve even managed to chew. My eyes close as if I’m experiencing an actual drug high—and maybe I am, because I forget myself entirely and say, “This might even be better than our Kitchen Sink Macaroons.”

Eyes open again. Yikes. Note to self: dessert is the greatest weapon in Pepper’s arsenal. I swallow my bite so I can answer her.

“It’s kind of well-known, at least in the East Village. It even got in some Hub Seed roundup once. I’d tell you to try some, but you might steal the recipe, so.”

Pepper smiles, then—actually smiles, instead of the little smirk she usually does. It’s not startling, but what it does to me in that moment kind of is.

Before I can examine the unfamiliar lurch in my stomach, the bell rings and knocks the smile right off her face. I follow just behind her, wondering why it suddenly seems too hot in here, like they cranked the air up for December instead of October. I dismiss it by the time I get to my desk—probably just all the Twitter drama and the glory of So Sorry Blondies getting to my head.

“One rule,” she says, as we sit in the last two desks in the back of the room.

I raise my eyebrows at her.

“We don’t take any of it personally.” She leans forward on her desk, leveling with me, her bangs falling into her face. “No more getting mad at each other. Cheese and state.”

“What happens on Twitter stays on Twitter,” I say with a nod of agreement. “Okay, then, second rule: no kid gloves.”

Mrs. Fairchild is giving that stern look over the room that never quite successfully quiets anyone down. Pepper frowns, waiting for me to elaborate.

“I mean—no going easy on each other. If we’re going to play at this, we’re both going to give it our A game, okay? No holding back because we’re . . .”

Friends, I almost say. No, I’m going to say. But then—

“I’d appreciate it if even one of you acknowledged the bell with your silence,” Mrs. Fairchild grumbles.

I turn to Pepper, expecting to find her snapping to attention the way she always does when an adult comes within a hundred feet of disciplining her. But her eyes are still intent on me, like she is sizing something up—like she’s looking forward to something I haven’t anticipated yet.

“All right. No taking it personally. And no holding back.”

She holds her hand out for me to shake again, under the desk so Mrs. Fairchild won’t see it. I smile and shake my head, wondering how someone can be so aggressively seventeen and seventy-five at the same time, and then I take it. Her hand is warm and small in mine, but her grip is surprisingly firm, with a pressure that almost feels like she’s still got her fingers wrapped around mine even after we let go.

I turn back to the whiteboard, a ghost of a smirk on my face. “Let the games begin.” 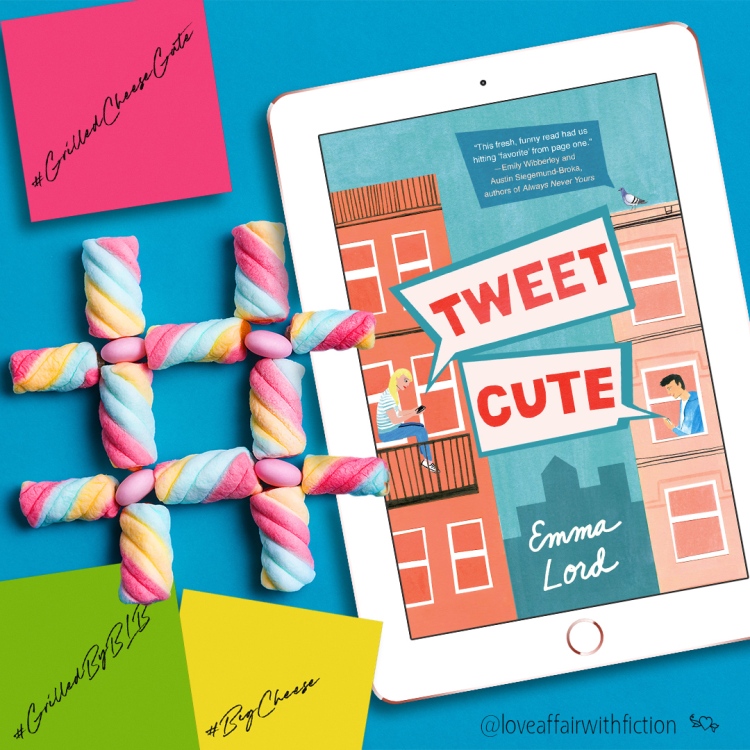 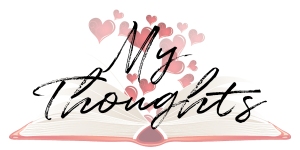 When I saw the cover and title for this one, I just KNEW I needed to read it. And oh boy, am I glad I made that decision!

Tweet Cute was such a thoroughly delightful read. It was the perfect way to start 2020 off!

This book was everything you could want from a feel-good, YA RomCom. I had such a huge smile on my face while reading this. I also was craving desserts like you wouldn’t imagine (read it and you will see why!)

I loved the whole concept of this book. Two teens in the same small, exclusive high school dragged into a twitter war to help support their family’s business. That alone would be a lot to deal with… but the two are also chatting with each other anonymously on a school app and developing a relationship. Not to mention the bond they begin to form as they spend more time together… and they start to turn from enemies to more than!

Tweet Cute had a ton of laugh out loud moments. It also had a few moments that made me realize, oh crap! I really have gotten old, as I realized I don’t quite get all the tweets LOL! Oh well, I will continue to pretend that I am that cool Auntie anyway! It also had some very poignant moments that hit home. Times as they are talking about how divorce changes a family’s dynamics. Times when they show how we conform to meet the expectations of those around us and in turn just feel on the outside, unseen, different and less than. These are issues that many of us can relate to — whether you are a teen now or were one decades ago.

This book was much more than cute. It was a fun, entertaining read that also dealt with some real life issues for teens (and all of us) of fitting in. I read this one from cover to cover as I was lost in their world. If this is Emma Lord’s debut… wow! I can’t wait to read more from her! 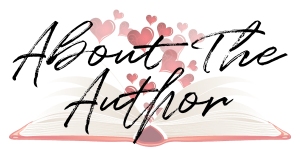 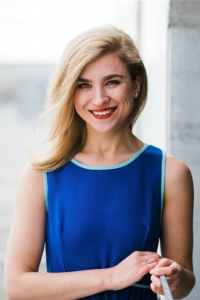 Emma Lord is a digital media editor and writer living in New York City, where she spends whatever time she isn’t writing either running or belting show tunes in community theater. She graduated from the University of Virginia with a major in psychology and a minor in how to tilt your computer screen so nobody will notice you updating your fan fiction from the back row. She was raised on glitter, grilled cheese, and a whole lot of love. Her sun sign is Hufflepuff, but she is a Gryffindor rising. TWEET CUTE is her debut novel. You can find her geeking out online at @dilemmalord on Twitter.