From the outside, Carson King looks like he has it all. He’s next in line to be CEO of King Communications, he’s hot and single, and he’s at the center of the New York social scene. He has a different woman on his arm every night, and he wouldn’t change a single thing about his life…until Sylvie Baker storms into his boardroom.Sylvie Baker actually does have it all. She balances a successful career with the perfect boyfriend—a man she plans to marry someday. She wouldn’t change a single thing about her life…until Carson King challenges everything with one simple confession.Sylvie is intent on fighting her feelings. Carson’s convinced it’s just a waiting game.But how long is he willing to wait for her?
Add to your TBR

Lisa Suzanne is a romance author who resides in Arizona with her husband and baby boy. She’s a former high school English teacher and college composition instructor. When she’s not cuddling baby Mason, she can be found working on her latest book or watching reruns of Friends. 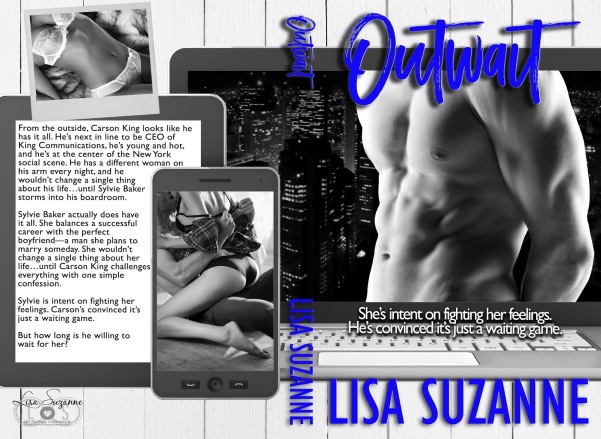