Revelry, an all-new standalone from Kandi Steiner is now LIVE!!!

Wren Ballard is trying to find herself.

She never expected to be divorced at twenty-seven, but now that the court date has passed, it’s official. The paperwork is final. Her feelings on it aren’t.

Spending the summer in a small mountain town outside Seattle is exactly what she needs. The peaceful scenery is a given, the cat with the croaky meow is a surprise, but the real kicker? A broody neighbor with nice arms, a strange reputation, and absolutely no interest in her.

He doesn’t care about the town’s new resident — he’s too busy fighting his own demons. But when he’s brought face to face with Wren, he can see her still-fresh wounds from a mile away. What he doesn’t see coming is his need to know who put them there — or his desperation to mend them.

Sometimes getting lost is the way to find yourself. Sometimes healing only adds a new scar. And sometimes the last place you expected to be is exactly where you find home.

I had just grabbed my oversized hat and slipped my sunglasses on when I spotted Anderson walking up the drive with a large trash bag slung over his shoulder. He wore a simple, black V-neck and distressed jeans, an outfit way too dark and hot for the heat. A light sheen of sweat gathered on his neck as he made his way toward my cabin, his eyes hidden behind all-black sunglasses.

“Change your mind?” I asked, not even fighting the grin on my face as I walked outside and leaned against the banister.

Anderson squinted up at me, his boots heavy as they hit each stair. “About?”

“Tubing?” I asked. That was why he was here, right?

“Oh.” He shook his head as he hit the top stair, shrugging the bag off his shoulders to hold it by the neck in one fist. “No, I have somewhere to be…” His voice trailed off, and even through the tinted shades of his glasses I felt his eyes on my chest. I’d strapped on my favorite boho print bathing suit and paired it with a dainty gold chain that wrapped around my neck once before dipping between my chest and crossing over my ribs.

He sniffed, holding the bag out toward me. “I just came to drop these off. My clothes. Well, the ones that could probably use a little TLC.”

My eyes lit up and I reached for the bag, but Anderson snatched it back, brows shooting up into his forehead.

I threw my hands up in surrender. “I promise.”

He smirked, just slightly, and handed the bag over, tucking his hands in his front pockets.

“Are you sure you don’t want to come?” I asked, peering into the bag at my project before setting it just inside the cabin and locking the door behind me.

“I can’t,” he said, lips pressed together. He was tense, the muscles on his forearms tight as he glanced around at pretty much everything but me.

I opened my mouth to ask why but was cut off by the sound of a truck flying into my drive, tires sliding against the gravel.

Tucker was in the driver’s seat with Davie in the passenger. Sarah and Yvette sat in the back, laughing with their hands up as the truck skidded to a stop. They were both sprawled out on a pile of tubes, wearing bathing suit tops and tiny shorts.

All of their faces froze when they saw Anderson.

“Hey, you ready, Wren?” Tucker asked warily, his eyes moving from where Anderson stood in front of me, to me, and back again.

I turned to Anderson, but his eyes were hard on Tucker, jaw ticking under his skin. When he faced me once more, an anchor fell from my throat into the pit of my stomach, immobilizing me completely. Because even though I ‘d tried to convince myself I was wrong, I recognized the look in his eyes.

And when his nose flared and he took one big step toward me, our chests brushing, his hand reaching out to rest almost imperceptibly on my hip, the anchor in my stomach exploded into flames, burning a desire so fierce I inhaled a toxic breath and didn’t let it go.

“Be careful, okay?” His eyes locked on mine just before he leaned in and swiftly kissed my cheek.

He turned on his heel and jogged down the stairs and past the truck. Sarah called his name, but he didn’t acknowledge her, just kept his gaze forward until he’d disappeared from view.

And then everyone looked at me. 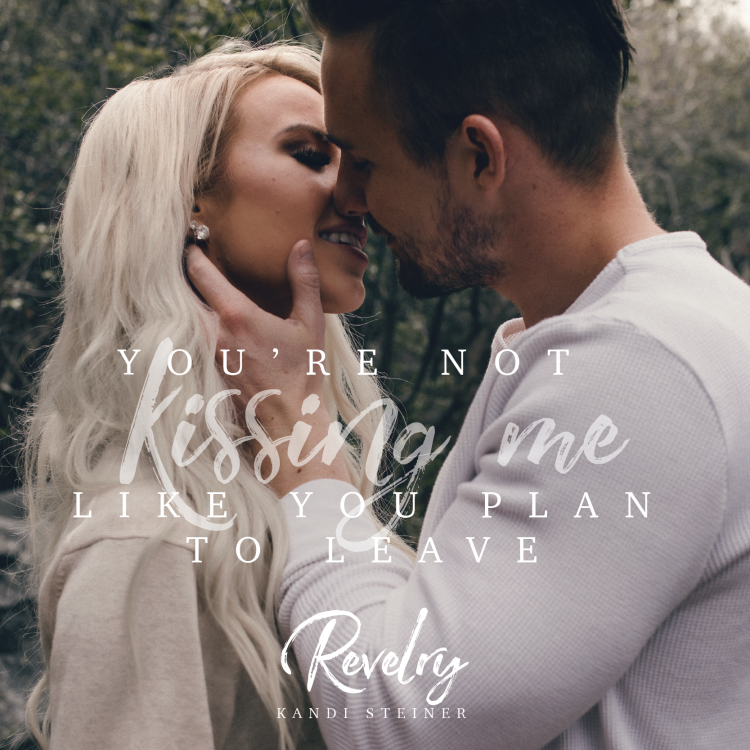 Kandi Steiner is a Creative Writing and Advertising/Public Relations graduate from the University of Central Florida living in Tampa. Kandi works full time as a social media specialist, but also works part time as a Zumba fitness instructor and blackjack dealer.

Kandi started writing back in the 4th grade after reading the first Harry Potter installment. In 6th grade, she wrote and edited her own newspaper and distributed to her classmates. Eventually, the principal caught on and the newspaper was quickly halted, though Kandi tried fighting for her “freedom of press.” She took particular interest in writing romance after college, as she has always been a die hard hopeless romantic (like most girls brought up on Disney movies).

When Kandi isn’t working or writing, you can find her reading books of all kinds, talking with her extremely vocal cat, and spending time with her friends and family. She enjoys beach days, movie marathons, live music, craft beer and sweet wine – not necessarily in that order. 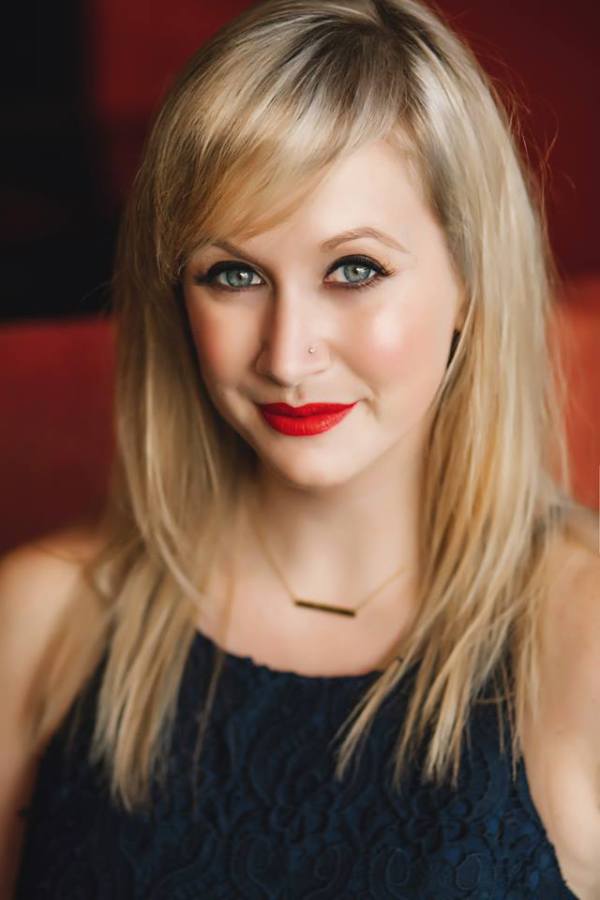