Use Somebody is Beck Anderson’s 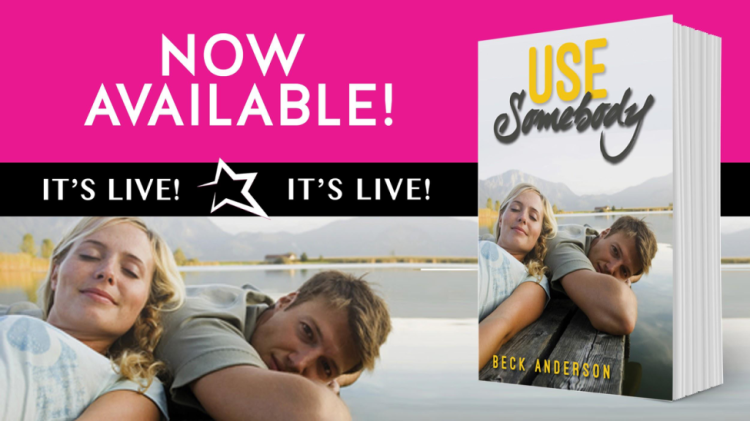 Jeremy King, Hollywood über-agent to the stars, knows that sharks gotta swim. He’s one of them, after all. He’s never met a deal he couldn’t strike or an argument he couldn’t win. LA is his kind of town—they both never stop moving.

So when his friend and client, movie star Andrew Pettigrew, invites him on a “man-cation” to the wilds of Idaho for a little fly-fishing, Jeremy’s not so sure. He might not have cell service. There’s no way there’ll be any supermodels to woo. And his idea of the great outdoors is a drive down the Pacific Coast Highway in his Tesla Model S—moose definitely do not factor into the picture.

Fitting then that because of a moose, he meets Macy Shea Summerlin, the best fly-fishing guide on the South Fork. Jeremy’s surprised and tantalized, but Macy isn’t having any of his alpha male posturing. She gives as good as she gets, and she knows how to throw a mean right hook.

As the two of them get tangled up in each other’s lives, both Jeremy and Macy must come to terms with winning and losing and letting love in. And Jeremy has to find the answer to his own question: Is he simply “using” Macy or could he really “use” someone like her? Find out in Use Somebody, book 3 of the Fix You series.

Beck Anderson is a two-time Rita© finalist and author of four novels including the Fix You series and The Jeweler. She’s also a wife, a mom, an educator, and a walker of a small, bossy dog-slash-evil genius.