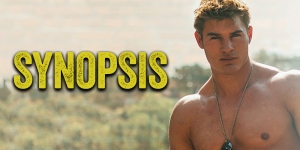 That’s how I raced until a fatal accident on the track ruined my riding career. I had no choice but to leave that life behind; at least, until now. My name is Logan Chandler, one of the best FBI agents in the country. When an old friend calls for help and winds up dead, I take matters into my own hands. In order to do that, I have to go back to my past, back to the racetrack and to the one girl I never thought I’d see again . . . Kassidy Bennett.

She’s the key to solving it all, but bringing her in could put her in grave danger. Unfortunately, I didn’t realize she was already there. To save her, I have to put everything on the line. It’s a race against time, a race to the death, and only one will make it to the end.

** High-Sided is a Standalone Novel in the Armed & Dangerous Series**

New York Times and USA Today Bestselling author, L.P. Dover, is a southern belle residing in North Carolina along with her husband and two beautiful girls. Before she even began her literary journey she worked in Periodontics enjoying the wonderment of dental surgeries.

Aside from being a wife and mother, L.P. Dover has written over twenty novels including her Forever Fae series, the Second Chances series, the Gloves Off series, the Armed & Dangerous series, the Royal Shifters series, and her standalone novel, Love, Lies, and Deception. Her favorite genre to read is romantic suspense and she also loves writing it. However, if she had to choose a setting to live in it would have to be with her faeries in the Land of the Fae.