“These people are ruthless, Calla. Are you sure you can handle it?” I told her as well as Alina and Anna the same thing I’m telling Roan. I’m extremely aware of how dangerous this situation is. I may not have had the displeasure of personally dealing with these wretched leaders who don’t play fair in our world; on the contrary, I will not tolerate any of them treating me any different because I have tits and a vagina. If it weren’t for women, they would be fucking each other over more than they do now. Welcome to the first episode of badassery and women power, you self-righteous dicks.

I’m a firm believer in women’s rights. I don’t care what men’s opinions are of us or what a woman is trying to accomplish. We are all equal. The only difference we have is, women use their brain the way we should, while most men use what hangs between their legs to do their bidding for them. And I can guarantee, these overbearing suckers have dicks that should be playing a role in Ripley’s Believe it or Not. Small dicks, small brains, and all that jazz.

I’ve been fighting round after round with Cain for weeks over this. The need to protect me I get. We have a daughter, is his argument. “Why do you feel the need to take on this role? You don’t have to, you know? One of us can.” It’s not that Cain wants this position. No. That’s not it at all. The man is scared of losing his wife. Of the things I will see, the things I may have to do. How I’ll react to being threatened. Will the same thing or worse happen to me like it did before? It’s not one bit funny, but the only way to shut that man up is to flash my tits and vagina in his face. Then fuck him until his cock—which isn’t small by any means—takes over his worried brain. Like I said, men. I love my man, though. These pissy, arrogant cock-suckers who will be calling a meeting at any time are the worthless pieces of shit. Except the Solokovs, who think in this century and treat everyone equally like we do, not like these fools who I’ve studied until my eyes were bleeding and could no longer make out their faces through my blurred vision. Most of them I haven’t met yet, and they already make me sick and make me want to hurl all over their expensive Armani suits. They could all learn a thing or two from a woman.

“Get to the point, Calla. You said we don’t have time to fuck around. Let me hear your theory.”

“You need to loosen up, Roan. You sound like Hitler, for god’s sake.” I salute him.

The tiny crack of a smile he had moments ago falls; in its place is the face of a man who’s suffered loss and hardship. This look on him is what I hate. I’ve been busting my ass to help him out here. Searching through tiny holes for any goddamn thing I could find.

What Cain and Roan don’t understand is the craving I have to protect them too. It’s my right. I may not have lived my entire life growing up in this environment of murder, drugs, stealing, and the latest, underground illegal fighting, but I’m no fool. I can play with fire, but I’m not allowing myself to get burned.

“I’m not afraid of those men, you know. I’m not afraid of you either. In fact, I just may be your biggest weapon. Remember that, Roan,” I seethe. Between him and Cain trying to scare the crap out of me, I’m ready to prove myself to them more than anyone else.

The sharp tongue, piss, and vinegar are all in my blood. Just like Roan, I will kill for my blood. I also know Roan. That man protects with his life, as do the rest of these men. He’s going to have someone on me at all times. Maybe even several men. What he fails to realize is, my dad will never allow anything to happen to me. He’s already volunteered to go where I go. People are scared to death of the unstoppable John Greer, and they should be. He’s killed and made more people disappear than I want to know about, but he’s my father, my protector, and even though I trust our friends and family, I trust him more. His eyes are everywhere, trained on point. I don’t want anything to happen to my dad. I do know he will refuse to let anyone take care of what’s his, especially after the hell I went through with Roan’s older brother, Royal; a man I didn’t know before he kidnapped me. Besides, both of them know my dad has trained me to shoot. I hope I remember how. I’m not invincible, none of us are. But I sure as hell will not lie down and let anyone trample all over me. Especially men who don’t respect me.

I’m sick and tired of this shit. Here we think everything is fine. Those people will stick with the rules. You stay in your territory, and I’ll stay in mine. Hell no, someone crossed over. Someone shot our loved one in cold blood. 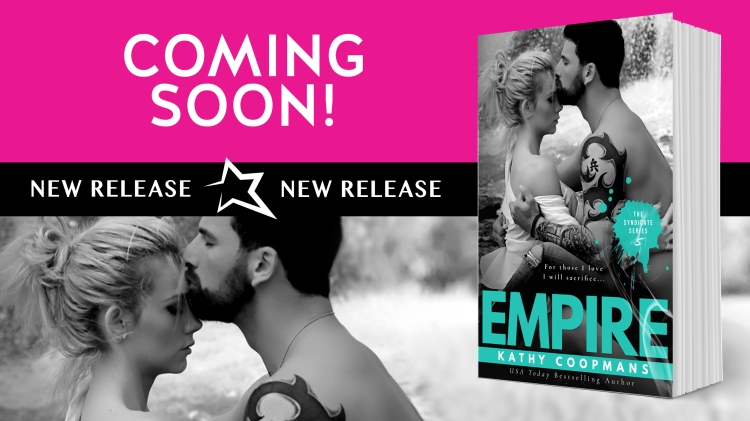 This is the final book in The Syndicate Series.

Price increases to 2.99 on release day!

Haven’t read this series yet? 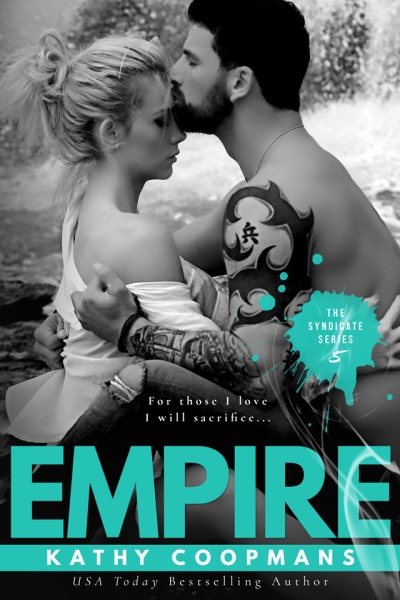 Our Empire is crumbling right before my eyes. No one can be trusted for reasons that are consuming me, controlling me and ripping me away from my family.

This new family who has taken over the streets of New York has taken someone away from us. We will not let them take anymore. The only way to stop them is to sacrifice one of us.

But who? They want to end me and my cousin, Calla.

I will never allow that to happen.

This is our EMPIRE. Our LIFE.

What it boils down to is… her life or mine.

The answer is MINE!

I’m perceived as weak, all because I’m a woman.

A woman on a mission now that they’ve stolen someone I love.

They have threatened my family, my child, my love.

I may be a woman but, I’m the daughter of a notorious killer.

They want to end me and my cousin, Roan.

I will never allow that to happen.

This is our EMPIRE. Our LIFE.

What it boils down to is… his life or mine.

The answer is MINE! 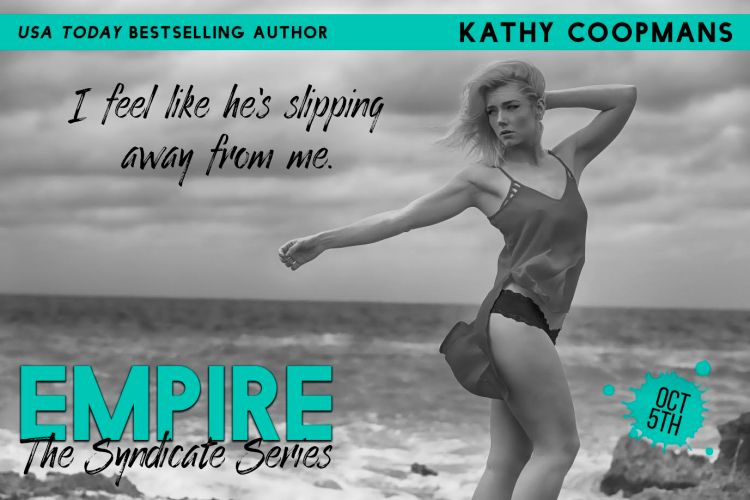 Other books in the Series

The Wrath of Cain

(book 1 in the Syndicate Series)

The Redemption of Roan

(book 2 in the Syndicate Series)

The Absolution of Aidan

(book 3 in the Syndicate Series)

The Deliverance of Dilan

(book 4 in the Syndicate Series) 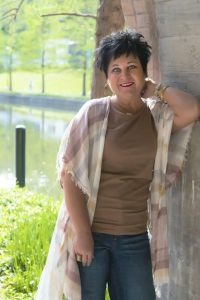 Amazon Best Selling Author Kathy Coopmans, lives in Michigan with her husband Tony where they have two grown sons.

After raising her children she decided to publish her first book and retiring from being a hairstylist.

She’s a huge sports fan with her favorite being Football and Tennis.

She’s a giver and will do anything she can to help another person succeed!