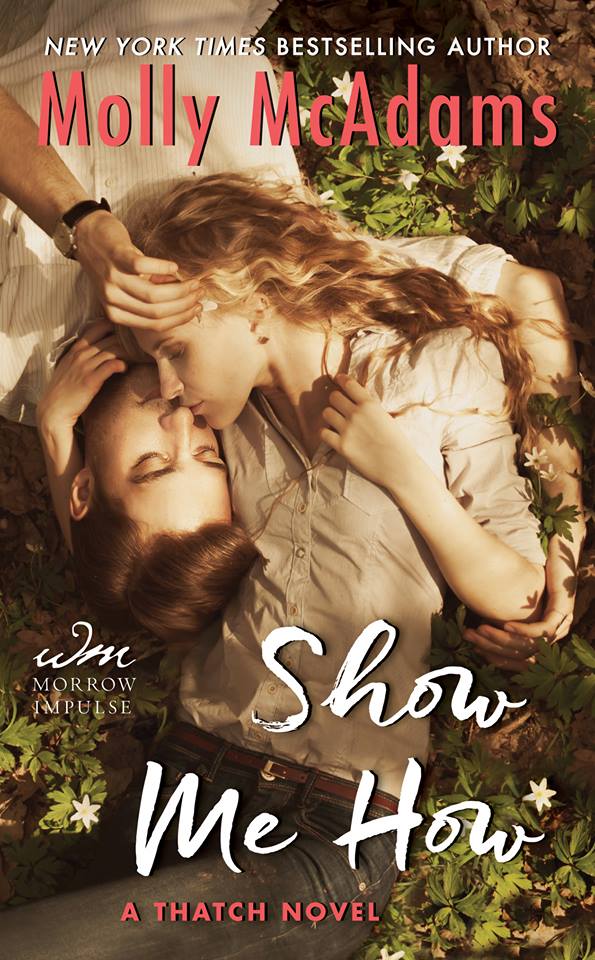 After her first love was ripped from her grasp four years earlier, Charlie Easton was sure she would never be able to trust anyone with the shattered pieces of her heart again. That is, until Deacon Carver forces himself into her life, and makes those pieces swirl in chaos. But Charlie doesn’t know how to let him in… until a stranger stumbles upon a notebook filled with her innermost secrets, and shows her how.

Deacon Carver is known for sleeping his way through the town of Thatch, as well as the surrounding cities—something he used to take pride in. But that persona has haunted Deacon ever since he decided to leave that life behind for the girl he wants more than anything: Charlie Easton.

But when another girl falls into Deacon’s life, allowing him to be himself without judgment for his past, will their conversations hinder his relationship with Charlie … even if he’s never seen her?

I have loved the Thatch series so I was eager to see more from this gang. And Molly McAdams definitely lived up to everything in Show Me How. I devoured this emotional novel.

Show Me How is the third book in the Thatch Series. It can absolutely be read as a standalone. I would classify this series as interconnected standalone. So if you want to just pick up this one – you are absolutely fine! But if you are the type that likes to know everything then start from the beginning. Trust me you won’t be disappointed as Molly will take you on an emotional journey through this series.

Charlie has been hurt before. Deeply and in such a way trusting her heart doesn’t seem like it will ever be possible agin. And right now rebuilding her life and taking back control of it is what is most important. She is stronger than people realize. But she is painfully shy. She would like nothing more than for people to just not see her. Well, except for the love of her life. The reason for her existence, her adorable son. And well… yeah maybe that hunky man-whore who always leaves her tongue tied and seems to loathe her – Deacon. But things are never as simple and straight forward as they seem. And as Deacon and Charlie move through the tension that exists between them a beautiful relationship begins to bloom. But of course it isn’t all smooth sailing. Deacon hates children, though her son seems to have gotten under his skin. And there is the issue of the secrets both of them are keeping form each other. You just KNOW those are going to blow up at the worst time!

I didn’t want to put this book down as I was sucked into their story and needed them to have a HEA! Their story was real and emotional. My heart ached for them and their issues. I needed them to figure out what they needed. I needed them to find out who they wanted to be now. I was rooting hard for them. I also laughed and rejoiced with them. I loved that there were moments of lightness and laughter amid seriousness and emotion. It added to the real feel of the book. Keith, Charlie’s son was absolutely precious and impossible not to love! No wonder Deacon was immediately taken with him. The conversations they had were ones I could easily see taking place. And the way Molly changed Keith’s actions (I don’t want to say more) really reflected what was taking place in the story and completely broke my heart and then mended it.. *SIGH*

While this book may hit on several familiar tropes – best friends little sister, man-whore, friends to enemies to lovers (ok that ones a little mixed up!), second chance love – it is done in a way that everything feels fresh and new and oh so emotional. Your heart will break and then be healed.

I definitely recommend this book. Hell this whole series! You will not be disappointed!

I received a complimentary copy of Show Me How in exchange for my honest review. 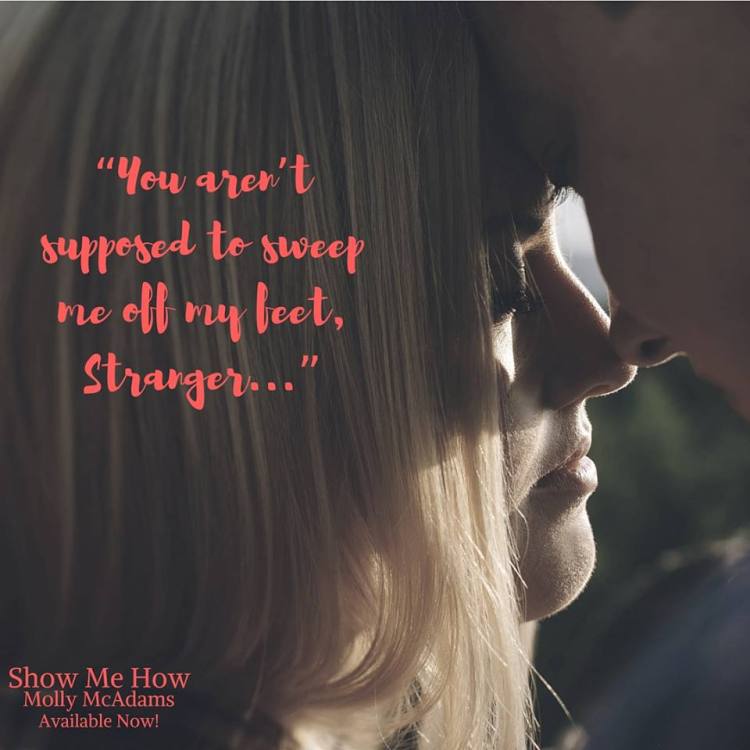 And don’t miss the first books in the Thatch Series…

Molly grew up in California but now lives in the oh-so-amazing state of Texas with her husband, daughter, and fur babies. When she’s not diving into the world of her characters, some of her hobbies include hiking, snowboarding, traveling, and long walks on the beach … which roughly translates to being a homebody with her hubby and dishing out movie quotes. She has a weakness for crude-humored movies and fried pickles, and loves curling up in a fluffy comforter during a thunderstorm … or under one in a bathtub if there are tornados. That way she can pretend they aren’t really happening.

Come be my friend!