When your best friend is also your boss, ‘great ideas’ aren’t always optional.

After all, when you run the largest fashion, gossip and trend blog in the country, you got to take risks to keep it edgy.

Believe me. This is edgy.

The idea? For one week, date every male fantasy.

See how they are all crossed off except one? That’s because he’s Satan.

And my best friend’s stepbrother.

And there may or may not have been an incident in Jr. high that he hasn’t forgiven me for…but that’s history.

Or so I hope, because I’m at his mercy for the next week… 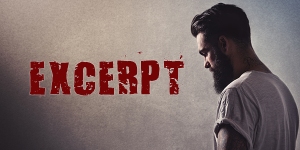 I pushed too hard on the handle and it sprang off, clattering to the floor and increasing the water to full blast as it poured into the sink.

“I’ve got it.” I bent down to get the handle, grasping it just as Kirby did. And even though I had held his hand all day, on and off, just the simple touch of his fingers across mine was electric. I glanced up, wondering if it was just me.

His blue eyes dilated slightly as his gaze moved from mine and down to my lips, then back. I released the handle and stood as he did.

I backed into the corner to let him access the sink, but all I could really do was inch over so he could lean across me. The air was permeated with his spicy sweet cologne, calling to me and sending heat to all the wrong — or right — places.

“Fixed.” He turned the water off, but didn’t back away. Rather he shifted, making us hip to hip. He rested his hands on the counter; I glanced down noticing how they practically dug into it, as if holding himself there when he wanted to move… to touch. My heartbeat pounded through my body, echoing in my ears. I glanced up. He didn’t move and I watched as he watched me… as if waiting.

Waiting for me to make the first move.

Instinctively, I knew that this was different. This wouldn’t be just a kiss. This would be a turning point — and there would be no going back.

Did I want that?

Did I want to risk that?

He must have seen the conflict in my expression, and he glanced away, shifting as if about to move. But I knew that as pivotal as this was… if I didn’t take the risk, I’d regret it.

So before he even moved a full inch, I wrapped my arms around his waist and pulled him back. “Not this time.” His eyes flashed with blue fire and he leaned forward slightly, but paused.

I reached my arms up and slowly trailed my fingers through his beard, marveling at its soft texture. He groaned low in his throat as I continued my caress up to his head and tugged on the tousled curls.

“Merry,” he murmured my name, low and deep.

I gently pulled his head down toward me, marveling at how easily and carefully he did as I asked.

I rested my hands in his soft beard as I gently kissed his lower lip, savoring the smooth texture of it as I caressed it with my tongue.

After releasing his lip, I went back for more. This time I flicked my tongue against his mouth, tentatively meeting his and then pulling away gently.

His hands moved to splay across my hips, pulling me in tight against him, running his fingers up and down my side then wrapping around my back and holding me secure as he returned the kiss. His hands roamed my back as he bit my lip, taking it into his mouth and caressing it softly with his tongue before releasing it and starting over, only with a different angle. His hands wove through my hair. I reached around his broad shoulders and pulled him in close, yet not nearly close enough. He broke the kiss and lifted me onto the counter so that I straddled his stomach, my legs wrapped around his back as he continued kissing down my neck, giving me shivers that made my toes curl.

I ran my fingers through his hair as he tugged the neckline of my sweater down and nipped at my shoulder, giving me goose bumps. I traced my fingers around his belt and tugged at his Henley, lifting the fabric up. He lifted his hands and broke the kiss only long enough to pull the shirt over his head before he attacked my lips once more. His bare skin was smooth against my palms as I memorized the lines and valleys. Warm heat radiated from him and I pressed in, wanting — needing to be closer.

The heat from his back burned my hands, searing them. There was no way I could touch him enough, or pull him in tighter. As if reading my mind, he reached behind me, pulled me off the counter, and carried me toward the living room. His lips left mine just long enough to navigate the narrow hall of the kitchen and pass by the sofa until we reached his room. He met my lips once more, slowly kissing me as if savoring the sensation, the contact. Holding tightly to his warm back, I memorized his flavor — the scent of masculine spice that simply permeated the air around him.  With his foot, he kicked the door fully open and then leaned back, breaking the kiss.

With a smirk, he all but dropped me on the bed.

“Hey!” I balanced myself, narrowing my eyes. But I didn’t have a chance to fully right myself before Kirby gave me a playful shove, making me lie back down with him hovering over me.

“Much better.” He grinned, his blue eyes twinkling before he hungrily captured my mouth in a kiss that put all others before it to shame. 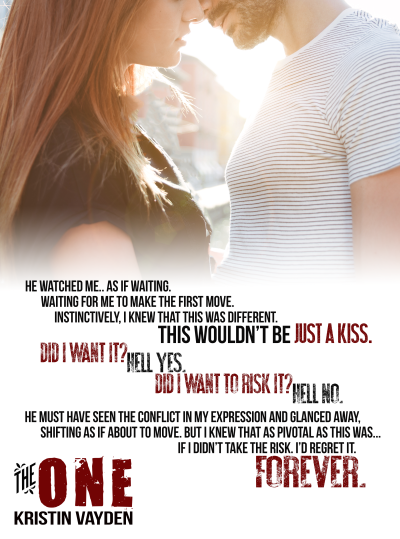 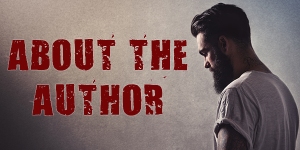 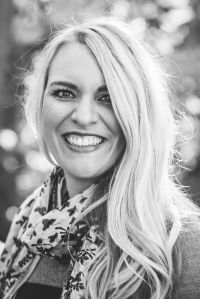 Kristin’s inspiration for the romance she writes comes from her tall, dark and handsome husband with killer blue eyes. With five children to chase, she is never at a loss for someone to kiss, something to cook or some mess to clean but she loves every moment of it!

Enter to win a Kindle Fire!