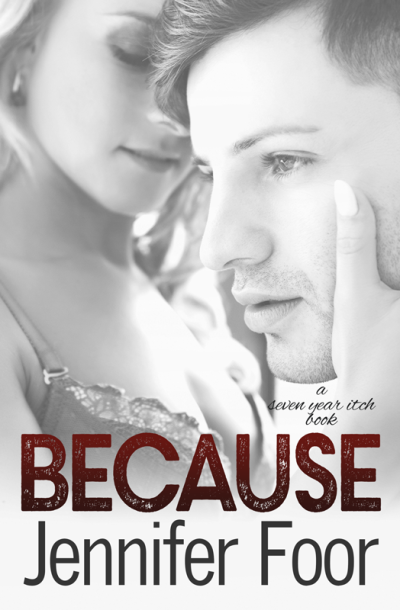 I’ve heard if you can make it through the first seven years of marriage you’ve made it past the tough part and it’s smooth sailing.

Whoever said that was an idiot.

I’ve been married for seven years, and in that time I’ve waited for my immature husband to grow up and become a responsible man.

It still hasn’t happened, and I’m at the end of my rope. I need him to be a father to our child, not someone who needs his own toys to be content.

I want a partner, not a guy more concerned about his friends than his wife.

This is my marriage, and before I throw in the towel I’ve decided to do something drastic to make it happen.

I’m Shayla Vincent and this is my story.

I have been a huge fan of Jennifer Foor’s Seven Itch series since she put out the first book in the series, Binge. So it should come as no surprise that I jumped on Because as soon as I could get my hands on it.

So let’s start with how Because is part of a series. No, you don’t need to read the series to read Because. The Seven Year Itch books can all be read alone. The common thread that they all share is that of the “seven year itch.” This series deals with real life issues. It hits on what is going on in marriages behind the closed door. It isn’t pretty. It is often ugly. But the thing I treasure most about this series – it is REAL. So let me also say this, I feel like Because is one of those books you are going to have strong emotions over. You are either going to really like it and appreciate what Jennifer is doing here, or you are going to hate it. I will be surprised to see people in between (but I could be wrong here… feel free to let me know 😉 )

Because deals with Shayla and Brandon’s marriage. They married young. Two babies having a baby. Ok, they weren’t really babies.. they were what 18? Still a baby in my book. They were high school sweethearts who loved each other but definitely got married due to a unplanned pregnancy. Is it really any surprise that now, they may be having issues? People will have some concerns with Brandon and how he speaks and treats Shayla. People may also have issues with how long it has taken Shayla to stand u for herself. But relationships are a two way street. These 2 jumped in feet first, poured all their love into their daughter and forgot to grow up TOGETHER. Brandon’s friends are all still single and partying and he wants to still have his friends and hangout once in a while. Shayla has lost confidence in herself since she gave birth and yearns for the ‘perfect marriage’ not realizing there is no such thing as perfect. So…. they grow apart. They forget how to communicate effectively. They forget what made them THEM. And instead they snipe at each other. They fight. It just hurt my heart.

But if you think real hard, I bet you know similar couples. And that is the genius of this story. I can picture one couple (keeping them vague so no one gets offended! LOL) who I know who have been together since they were early on in HS. They married, had kids and then illness hit. They were almost unprepared because the man hadn’t fully grown up. Don’t get me wrong the couple was in love, they both were great with the kids.. but the man still had that irresponsible, childlike side to him. And they didn’t communicate well. Those are a ton of the key issues here in Because. And a lot of it is because of the youth and immaturity and the pattern in the relationship from when they start so young.

We tend to only read and believe the fairytale romance stuff. Well the truth is real life is hard. Real life is ugly. And in real life you will hit some major bumps in the road. It is what you do when that happens, how you pull yourself out of it that counts. You need to read Because to see how Shayla and Brandon fare… but here is a hint – it is a HEA 😉

I received a complimentary copy of Because in exchange for my honest review. 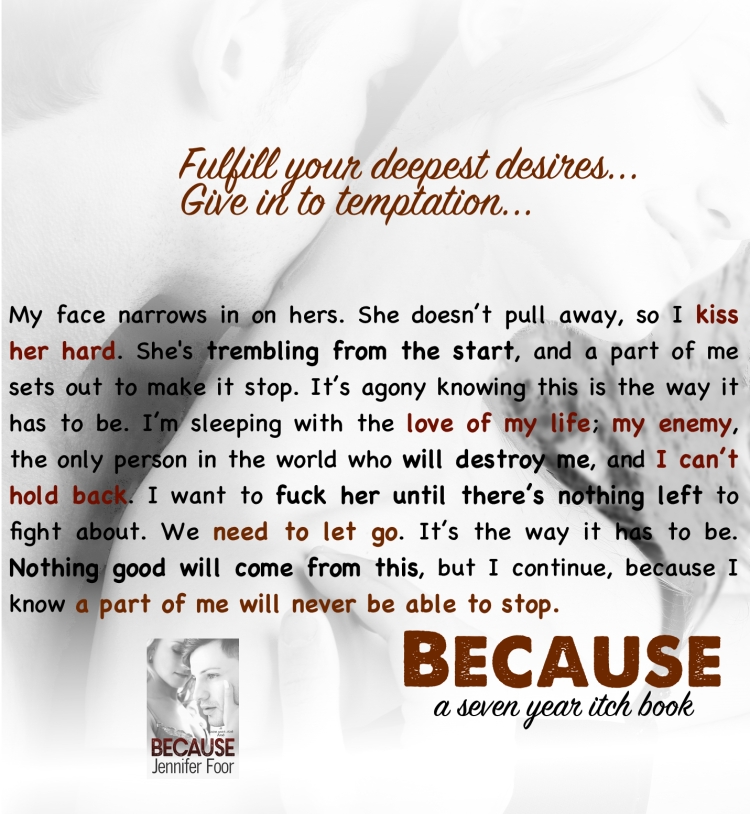 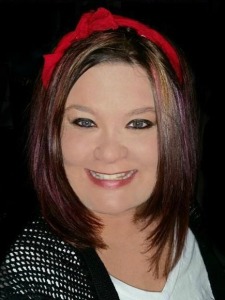 She is married with She’s best known for the Mitchell Family Series, which includes ten books.two children and spends most of her time behind a keyboard, writing stories that come from her heart.