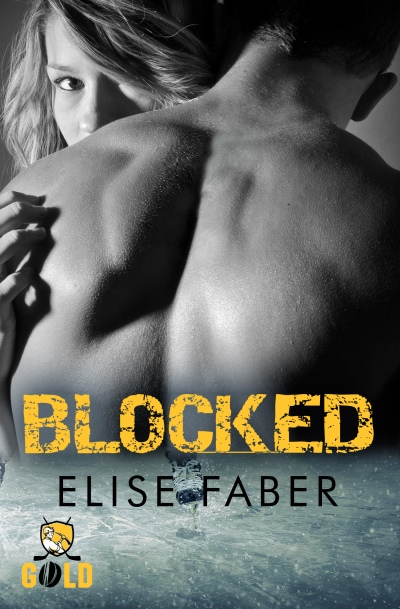 This is her shot.

Brit has the chance to make history by being the first female goalie to play for an NHL team, the San Francisco Gold. So, when she is introduced to Stefan, the Gold’s captain, she is determinedly not interested.

Stefan is sexy, charming, and has a publicly documented list of conquests a mile long. Brit is unwilling to risk mixing business with pleasure, even when that business is wrapped up in a six-foot-plus, gorgeously muscled package.

When management pushes Brit and Stefan together in an effort to gain good press for the beleaguered team, Brit finds that her carefully calculated disinterest doesn’t mask her body’s desires. The more she falls for Stefan, the more she risks her career.

Will she be able to have it all—a starting position and the heart of the captain? Or will she lose everything? 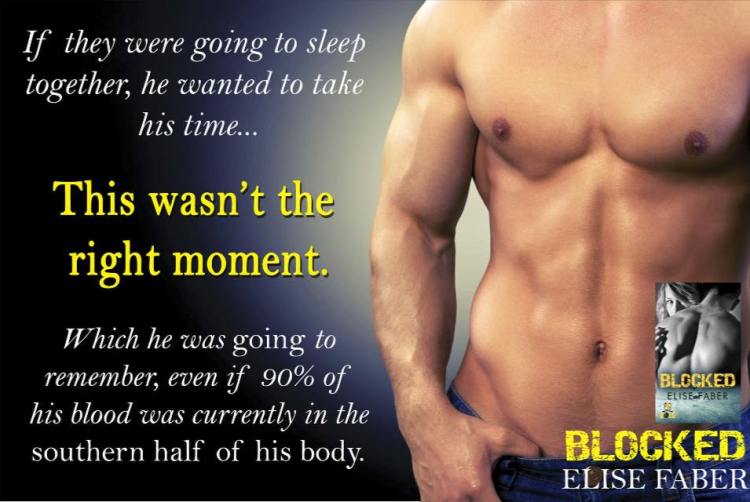 “I don’t really do the matching lingerie thing,” she said.

With a sigh and an eye roll, she walked over to him. “I’m not super girlie.”

“Like fuck you’re not.” He was practically sitting on his hands, so he didn’t grab her.

Her lips curved up, and she stopped less than six inches from him. Close enough that her delicate feminine scent coated the air between them.

“You know, I’ve never felt so powerfully sexy before,” she said, stroking a single finger down his shirt, pressing the column of buttons lightly into his skin and setting him on fire, “but hearing your voice go all growly… Damn, I kind of like the way you make me feel, Barie.”

Sweet baby Jesus, she was a menace.

“Me too,” he agreed, even though Brit was making his balls turn permanently blue.

And apparently, she had no plans to stop because she plunked herself down in his lap, leaned close, and pressed her mouth to his.

There wasn’t any preamble. This was hunger, plain and simple. 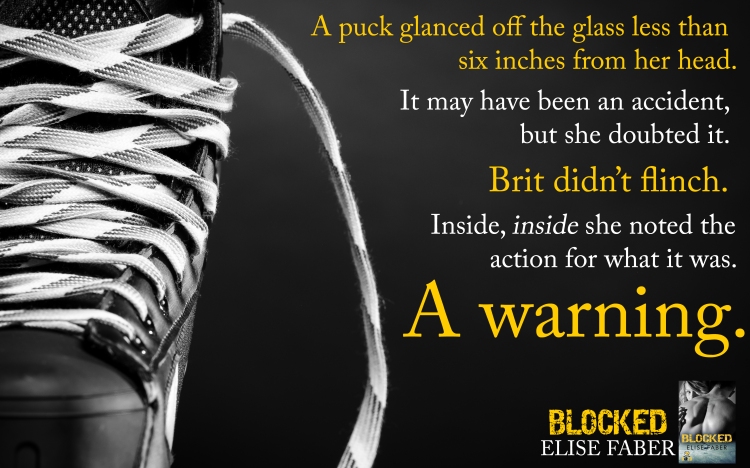 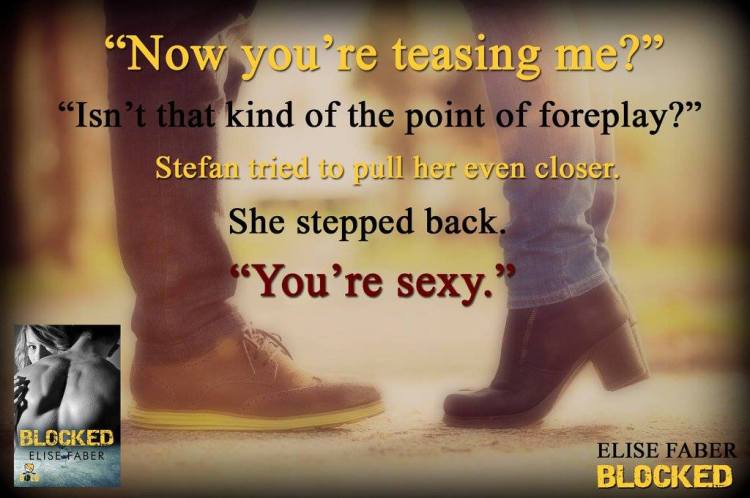 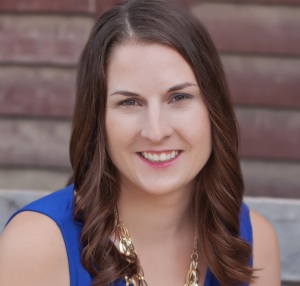 Aside from writing bestselling romances, Elise’s passions are chocolate, Star Wars, and hockey (the order depending on the day and how well her team — the Sharks! — are playing). She and her husband also play as much hockey as they can squeeze into their schedules, so much so that their typical date night is spent on the ice. Elise is the mom to two exuberant boys and is thoroughly addicted to Dancing With the Stars. Connect with her on facebook (facebook.com/elisefaberauthor), twitter (@faberelise), instagram (@elisefaber) or http://www.elisefaber.com

Enter to win one of 2 signed paperbacks of Blocked!