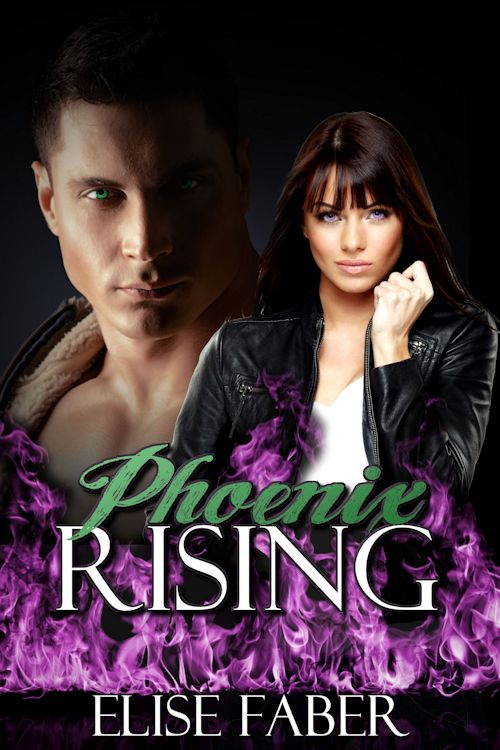 For Daughtry a simple brush of skin is devastating, the most innocent touch floods her mind with images of death. After months of isolating herself from everyone and everything she’d ever known, a chance encounter with a man from her past brings her hope for the first time since the visions began. But that hope comes with a price: the pursuit of vicious enemies who would force her to use her ability to manipulate death for their own gain.

In an instant her entire world changes and instead of hiding from her life, Daughtry has to fight for the freedom to live it. But with the fight comes the opportunity to recognize her power’s full potential and maybe, just maybe, a chance to find her true love.

“You should know that I’m horrible at sex,” she blurted…

“You’re not horrible at all,” he said, “In fact, you’re quite good at torturing me.”

“What do you mean?” she asked, giving into the urge to get closer to him, wrapping her arms around his neck, nuzzling his shoulder.

He sucked in a breath of air and spoke through gritted teeth. “Seriously? You’re being all sweet and cuddling, but all I can think is that your hand is exactly six inches above my—”

“Cody!” She hadn’t noticed before, but the hard length of him was pressed against her thigh.

He shrugged. “What can I say? You’re the most innocent temptress I’ve ever met.”

A pause was followed by a grin that made her stomach clench with desire.

The stiffness that had come into her shoulders without her even realizing it dissipated. Cody was a balm to past hurts. He made her feel attractive and like the two of them might actually have a chance—

“Possibilities,” he thought, the words flowing like liquid courage across the bond. “You make me feel as though the frozen fist that has for so long choked my heart could just melt away.”

“That’s beautiful,” she whispered, knowing exactly what he meant.

Their connection took away the games. There could be no pouting, no pretending nothing was wrong without the other knowing, if not the truth, then at least the emotions behind their actions.

They made sense together.

The truth hit her like a baseball bat to the kidney. She loved him.

Despite moonlighting as a zookeeper and then a dog trainer, Elise decided that the only mammals she wanted to work with were her dark and sexy heroes and heroines. She inherited her love of reading from her mother and grandmother who dutifully kept stacks of romances where her teenaged fingers could easily pilfer them. She lives in Northern California with her three dogs, two energetic (read crazy) boys, and her awesome (see prior comment) husband.